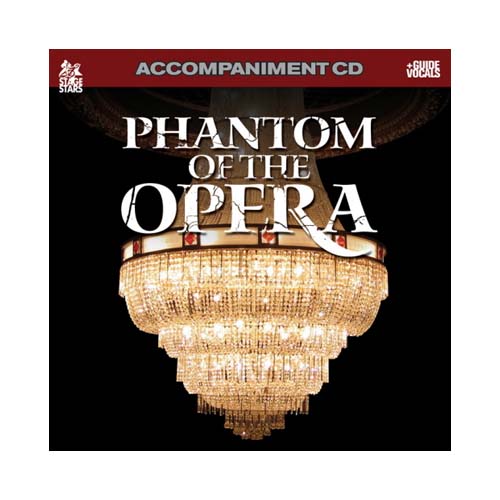 This accompaniment features 12 songs from the Broadway musical. This album plays in any CD player and features Guide Vocals & Accompaniment Tracks in the original show key and show tempo.

There are 24 tracks on this album: Tracks 1-12 contain the background tracks and guide vocals; tracks 13-24 contain the accompaniment tracks alone. This album is a re-recording in the original show key and show tempo.

All our albums include professionally recorded guide vocals. Each song appears on the album twice: once with music and vocals, and once with accompaniment tracks alone. This allows the performer to learn a song by singing along with the vocals and music, then to practice their technique accompanied only by the background tracks.

This album is recorded in CD, not CD+G format. There are no on-screen lyrics or lyric booklet provided.