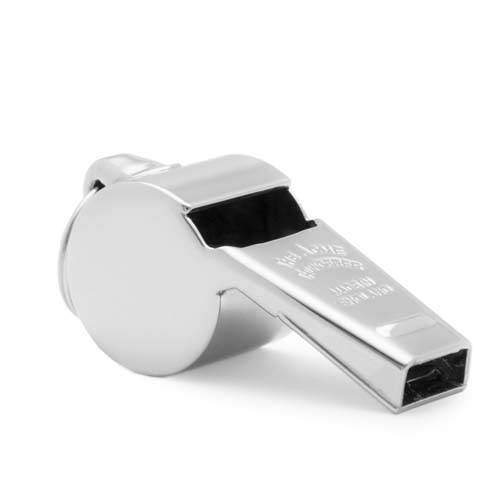 By the J. Hudson Factory. There 1s not a sports referee that walks out on the field without an Acme Thunderer. Hang on your keychain or neck for security.

SOME ACME HISTORY
After his success with The Metropolitan Whistle, Joseph Hudson, ably supported by his son, went on to revolutionize, the world of whistles. In 1884 the Acme Thunderer was launched. This whistle, the first and still the worlds leading pea whistle, offering total reliability, control and power to the referee, has continued to be developed. It is now the world's most popular selling whistle, there is not a major league or sport that has not been graced by this whistle.

Acme Thunderer (Referee's) Whistle (58.5) large This whistle is a medium sized whistle with a medium pitch.