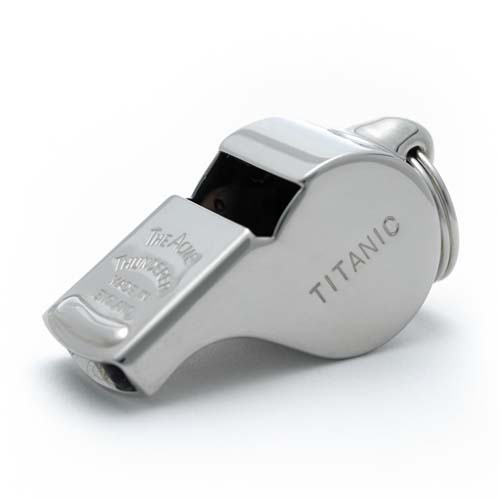 According to Acme, using the original tooling, this authentic Titanic Mate’s Whistle, is the same whistle that was supplied to the White Star Line for use on the Titanic in 1912. This whistle comes with an official certificate of authenticity.Acme Thunderer Titanic Whistle (57) large

SOME OTHER ACME HISTORY
After his success with The Metropolitan Whistle, Joseph Hudson, ably supported by his son, went on to revolutionize, the world of whistles. In 1884 the Acme Thunderer was launched. This whistle, the first and still the worlds leading pea whistle, offering total reliability, control and power. and then the Titanic Mates Whistle was developed and used upon the Titanic in 1912.